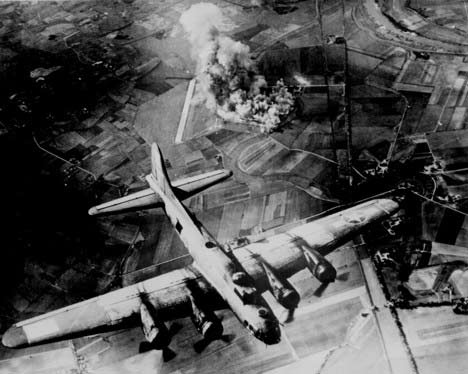 1. Ostfront Publications, LLC Why Normandy Was Won and a 2nd book in the finishing stages of MS preparation.

A. The failure of the RLM (Reichluftministerium) to plan adequately for an extended war. The German concept of the war it wanted and planned to fight and could economically and militarily fight has been described as “Kurs und Vives” (short and quick).

1. German Great War economic recovery as well as its smaller industrial base, compared to its two chief opponents, U.S.A. and the U.S.S.R. put it at a military disadvantage in terms of productivity is concerned.

a. Because of the above reasons, Germany chose the path of quality design and production vis a vis one of mass production.

2. All of Germany’s potential enemies (1939/40: Poland, France, England and the border regions of the U.S.S.R.) were within range of the existing or planned twin-engined machines. The He-111H series, Ju-88A series and the Do-17 series of medium range bombers.

1. Engineering advantages: improved aerodynamics via less drag generated from 4 to 2 engine nacelles and improved maneuverability. Wing loading is improved with the engine weight closer to the center-line of the fuselage. The coupling of two reliable engines eliminated the time required to develop a new engine.

2. Surface evaporation cooling was replaced with conventional radiators as the extensive plumbing was prone to leakage and battle damage.

1. The coupled engines generated so much heat due to the proximity of each other they ran hot, so hot the crank case oil boiled and foamed and the engines overheated and frequently caught fire.

III. The War widens: The Atlantic Ocean and the Russian Urals

A. The United States and the U.S.S.R.

3. With the failure of the Battle of Britain, Germany lost its platform to interdict Allied merchant convoys approaching from the U.S. and Canada.

4. The staging of the KG (Kampf Gruppen) 400 miles further inland from Atlantic targets.

5. A long range aircraft is needed.